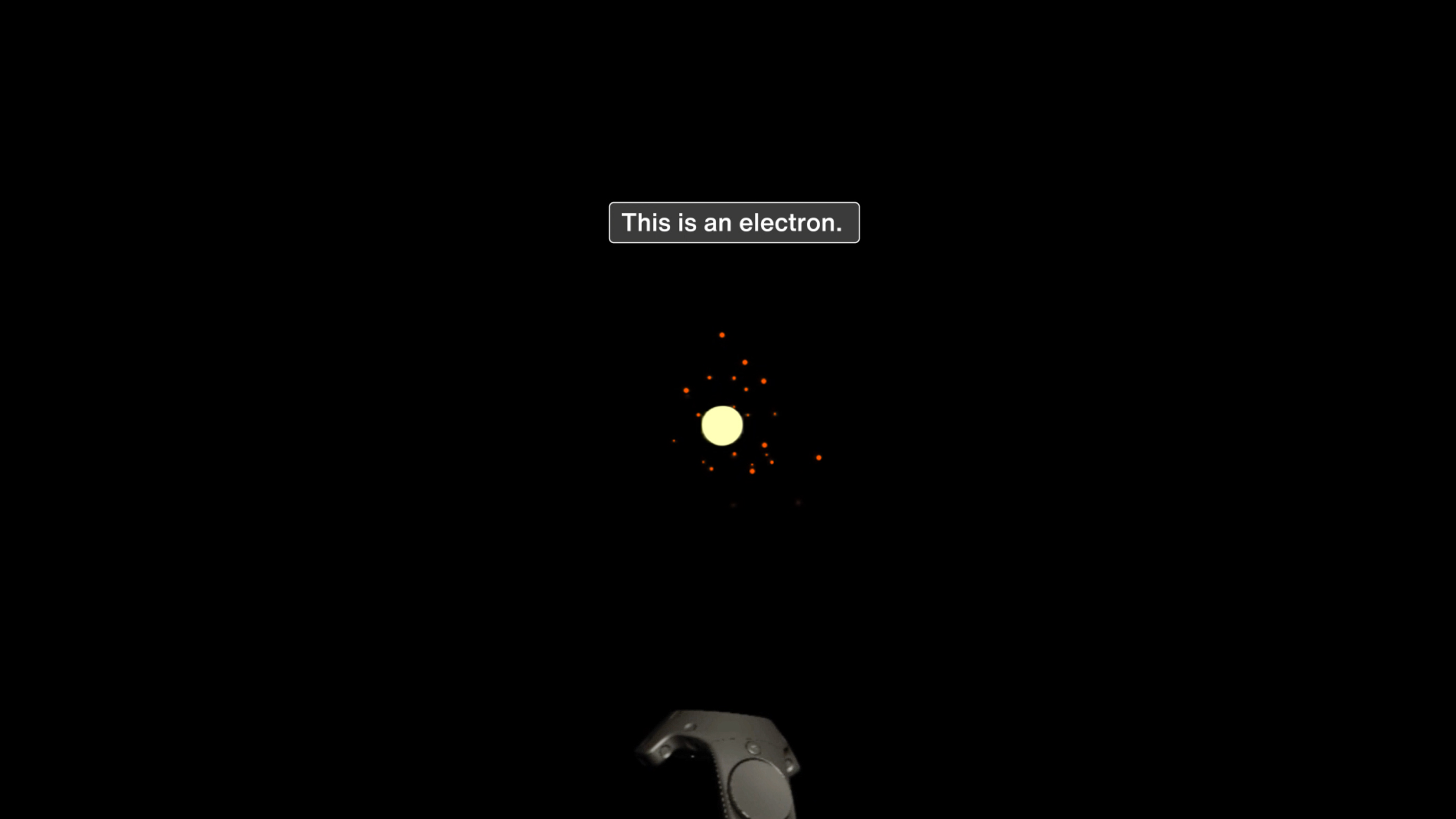 What is a Watt?

Our team was prompted to communicate a dataset in a emotive way. We created a VR experience to define and quantify what a 'watt' is to viewers. A watt is an important unit to understand as it is used to quantify energy use in the context of climate change. The complex, abstract, and mutiscalar nature of energy is not intuitive to conceptualize, and thus there is an opportunity to make it tangible. We pushed ourselves to learn Unity and C#.
Team:
Daniel Feist
Project duration:
5 weeks
Deliverables:
Virtual reality, UX/UI
Tools:
Unity, C#
HTC Vive
Adobe After Effects
Adobe Illustrator
Immersive VR experience of scale change
In What is a Watt? The user goes through a series of scale changes to truly understand the concept of a watt. Kilowatts are often used to communicate energy quantities in discussions about climate change, but this is an abstract concept. What is a Watt? makes energy tangible and quantifiable. 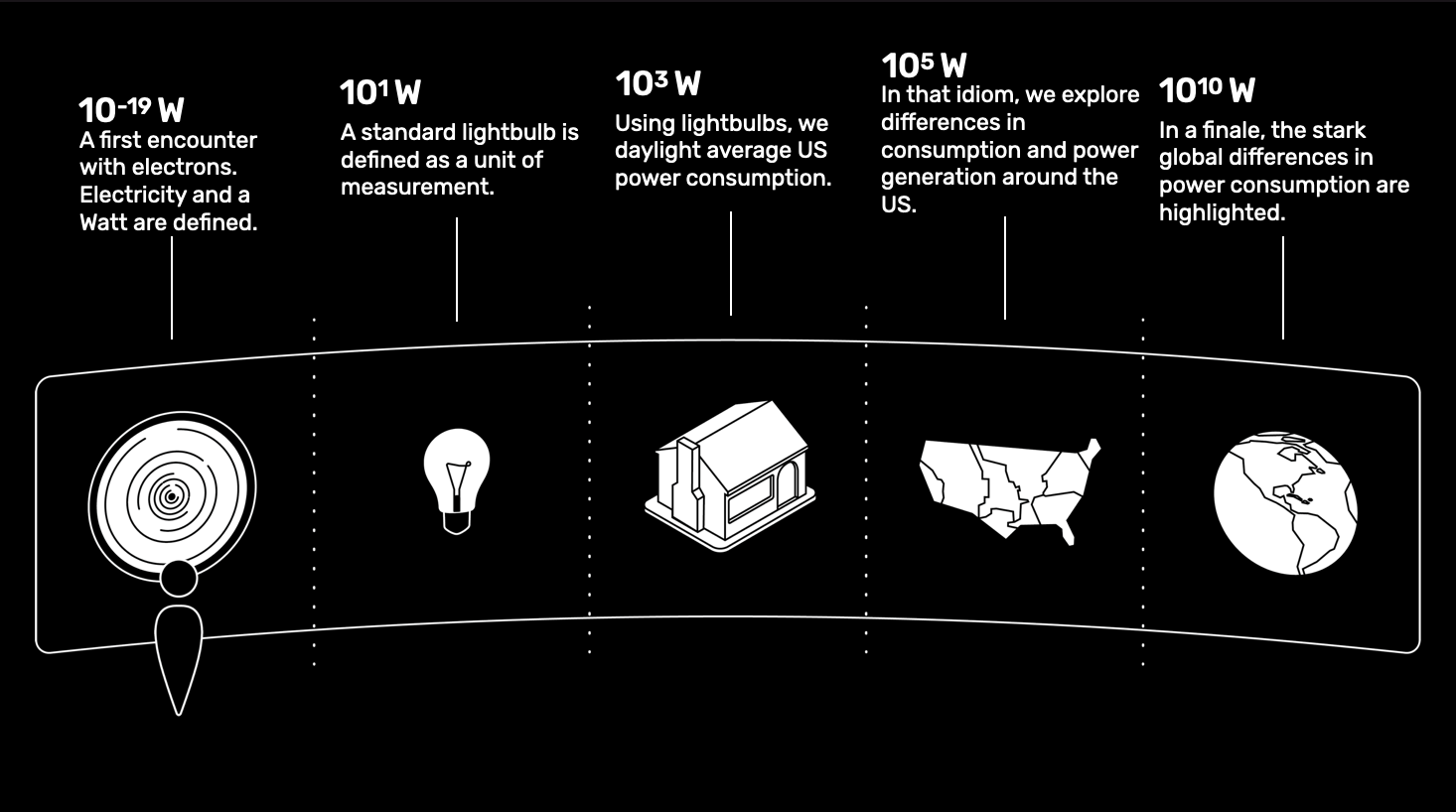 Diagramming scale change
Above is a diagram showing the journey of the viewer across many scales. The viewer begins the size of an electron, then grows to the size of a lightbulb. After, the lightbulb is used as an idiom to communicate the concept of kilowatts.
workAboutLinkedinResume